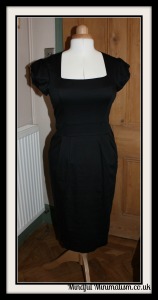 I covet a minimalist wardrobe (the irony of coveting while moving towards minimalism is not lost on me). I’ve taken a number of steps along the way and while the first had absolutely nothing to do with minimalism it has had the most profound impact. I had my colours analysed. This simple act has saved me more time and money than I can count.

There are a number of different companies that sell colour consultations and while I take the “science” of it with a handful of salt I do like that I have a clear idea of what colours suit me. I can spot them a mile off so I can walk in a shop, scan it and if there is nothing “in my colours” I can walk out again. In the past I could have spent an hour or more trying on numerous outfits with the running commentary “if only I was…” (Insert thinner/fatter/shorter/taller/more hippy/less hippy etc). This commentary is a thing of the past. Now if it doesn’t look great on me it is either because it is not my colour (or not my style). It makes it about the clothes being wrong rather than anything about me being wrong – the liberation!

The company my wife and I used categorise you into “Seasons”. We went to our consultants home (a slightly eccentric 70 year old who was wilfully blind about our relationship) and were analysed. This involved taking it in turns to sit on a stool in front of a mirror draped in a white cloth to cover our clothes and with a white bandanna covering our hair. The consultant layered coloured scarves on alternating shoulders. Initially I could not tell the difference between them but one side definitely looked better. The colours of each layer were similar however one set were yellow based and one set were blue based. (If you are not sure what I’m on about look at something red. Does it look more orangey-red or more purpley-red?) I’m apparently a “Blue Spring” which means that I look good in brighter yellow-based colours and amazing in yellow-based blues. My wife also looks good in yellow-based colours but at the more muted end as she is an “Autumn leaf”. I’m glad we did it together as I’m not sure I would have believed it if I hadn’t seen it done on someone else. Neither of us look good in black!

I recently came across Jennifer Skinner’s blog The Very Small Closet. Unfortunately this ceased to be in 2009 but has some great posts about wardrobe management. She did a few on why it is difficult to let go of clothes and I could certainly relate. Three key factors are:

1. Clothes represent an investment of our money

2. The association factor (holding on to the memories associated with the item)

3. Imagining the future: The Someday… factor

I consider myself to be quite reflective and psychologically aware (I have to be in my work life) so I decided to spend sometime while on my recent staycation investigating the hindrance. After much deliberation I finally worked out it was the feeling. Not the feeling of owning it but the memory of the feeling of wearing it. It felt amazing. The dress in question is a beautifully tailored number by Reiss. I would team it with blue suede stiletto heels that I love (and which are in my colours) and I looked amazing! I remember very clearly buying it. I remember the day (it was sunny). I remember the location. I remember who was there. I also remember that I bought the shoes at the same time as they looked so amazing together…7 years ago! Powerful associations! I am not the type of person who remembers where and when I have bought my clothes.

When I was speaking to my wife about my difficulty her passing comment was “I don’t think I’ve every seen you in it”. Ok so I’ve not worn you in 5 years, farewell beautiful dress. Go make someone else happy.

Zilch, zip, zero, nowt, nothing. We all need time off every once in a while and the Little Black Dress was de-cluttered last week.

4 thoughts on “Farewell to the Little Black Dress”