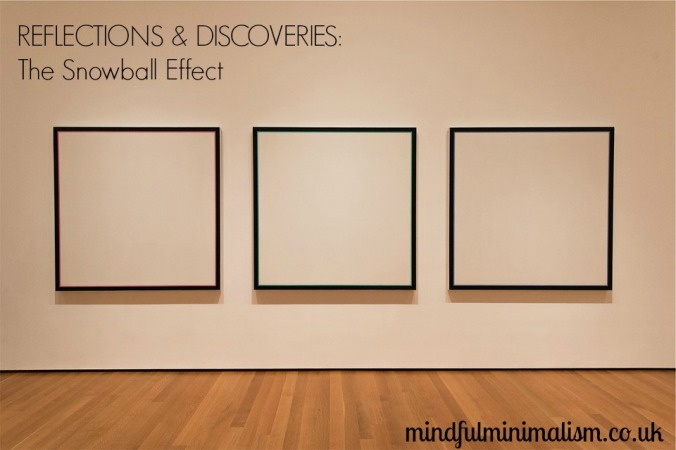 Last Thursday I had a day off from my paid work. I planned to do things that I considered restorative (aka have a lie in), productive (aka de-cluttering pictures in the attic), and pleasurable (aka sew a skirt). The day did not go according to plan!

I slept well so come 6am I didn’t feel I needed a lie in but I enjoyed a final coffee from Clive (the coffee machine), while finishing my book. Pleasure – check; restorationve – check. I then moved on to the attic.

I had in mind to screw a set of shelves together that the Community Furniture Store was coming to collect and move them together with a chest of drawers downstairs, before tackling the pictures/frames. That was it. However, as is usual typical minimalism spreads and soon I was in the middle of a figurative snowball!

The 3 boxes of picture frames quickly decreased to half a box. The guilt of giving away pictures other people had given as gifts was tricky, but I reasoned that they would not like the idea of them sitting in a box for four years either. At least if they go on to make someone else happy then they are bringing joy in the world. I also realised that it is really not necessary to keep a photo in the frame it’s always been in when you have no intention of displaying it. Seriously it’s not. Apparently that was a revelation to me. Not quite on the ‘why am I keeping three rocks in a box in a box?’ but close.

Decreasing the frames and moving the furniture created space which led to dismantling the cotbed in our bedroom and storing it, together with the dismantled changing table that has been squatting in there for 6 months, in the attic. My bedroom is HUGE! It also made the top of the dresser look REALLY messy and I toyed with the idea of posting a photo to encourage accountability but chickened out. I am committed to sorting it this week though.

In the attic I also ended up decluttering some spare stationery, taking about 60 black pens to work (we can never find a pen when we need one), passing folders on left, right and centre, and releasing a shoe rack. The shoe rack (and a set of drawers from the bedroom dresser) moved to lounge and resulted in munchkin’s art supplies being organised and therefore easier to get out and put away. Marie Kondo encourages  organising around ease of putting away and I have to say I’m with her on that one.

After that I realised I’d generated a pile of stuff in the attic and in keeping with my back to basics approach I decided I had better start as I mean to finish and de-own it pronto. Having recently joined a car share scheme I was able to book a car, pick it up 15 minutes later and drop a box of frames round to a friend, and a load of stuff to the local household waste centre to be recycled.

What a great snowball! 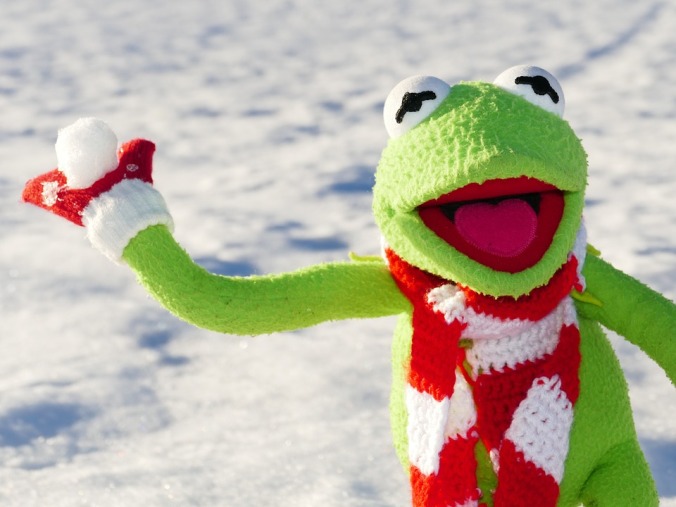 This week I’ve been catching up on some of my favourite minimalist blogs. Joshua Becker at Becoming Minimalist has set up The Hope Effect, a non-profit aiming to change orphan care world wide from institutional care to provision that mimics family life. It is truly amazing what can happen if you remove the pursuit of material possessions.

4 thoughts on “The Snowball Effect”